About half of two groups that are critical to African countries’ economic future-the young and the highly educated have considered emigrating in search of greener pastures, according to a new Afrobarometer video based on data from nine countries.

Among the nine countries surveyed in 2017 – Zimbabwe, Ghana, Benin, Botswana, Côte d’Ivoire, Malawi, Uganda, Mali, and Nigeria – Zimbabwe has the highest proportion of young potential emigrants. Although the main drivers for potential emigration are the same across all countries – the quest for jobs and better economic prospects – the preferred destinations vary greatly by country, with potential emigrants split between leaving and staying on the continent.

In a year filled with reports of would-be emigrants dying or being captured and subjected to inhumane treatment, the world marks International Youth Day (12 August) under the theme “Safe Spaces for Youth.” The new Afrobarometer video, released in conjunction with the global observation, reinforces calls for more concrete steps to create thriving economies that generate jobs, improve living conditions, and make it unnecessary for Africa’s youth to embark on perilous journeys in search of a future.

Afrobarometer is a pan-African, non-partisan research network that conducts public attitude surveys on democracy, governance, economic conditions, and related issues across Africa. Six rounds of surveys were conducted between 1999 and 2015, and Round 7 surveys (2016/2018) are currently being completed. Cross-country analyses of Round 7 data from more than 30 countries will be released starting in late 2018.

Afrobarometer conducts face-to-face interviews in the language of the respondent’s choice with nationally representative samples, which yield country-level results with a margin of error of +/-2 or +/-3 percentage points (for samples of 2,400 or 1,200, respectively) at a 95% confidence level. 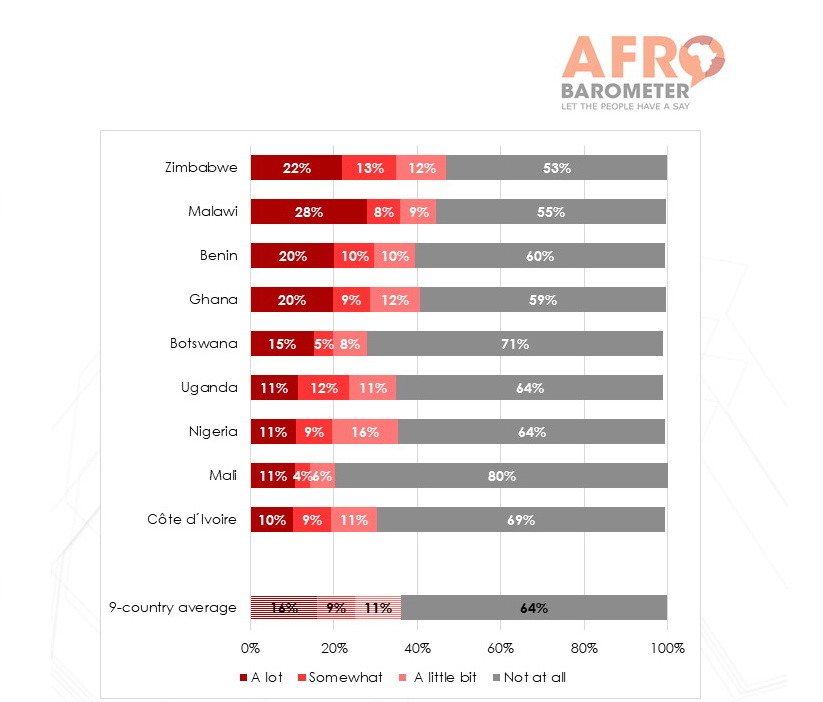 Respondents were asked: How much, if at all, have you considered moving to another country to live? (% who say “a lot,” “somewhat,” or “ a little”) 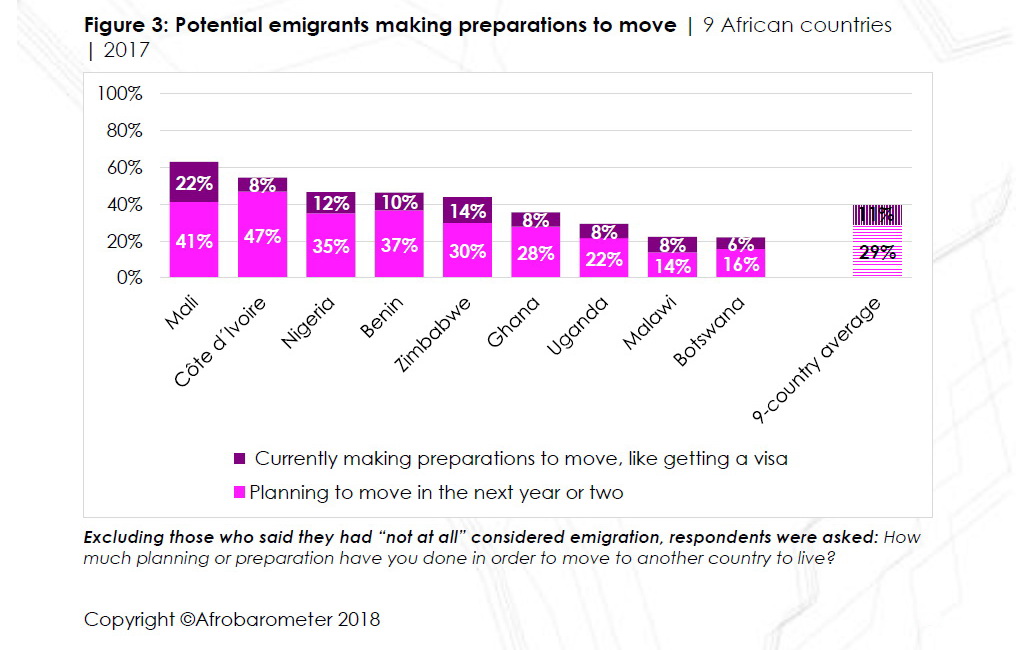 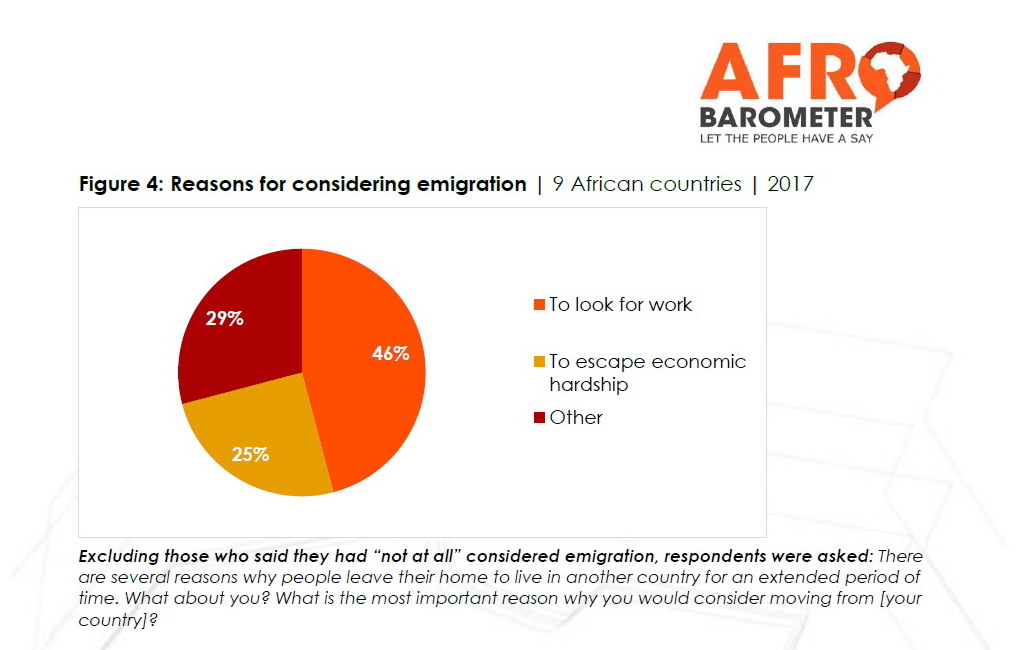 Excluding those who said they had “not at all” considered emigration, respondents were asked: If you were to move to another country, where would you be most likely to go? (Figure shows % of substantive responses.)