On Wednesday, February 10, 2021, the Minister-designate for Health, Kwaku Agyemang Manu, will lead the pack of appointees by President Nana Addo Dankwa Akufo-Addo to appear before Parliament’s Appointment Committee.

Following him immediately will be the Minister-designate for National Security, Albert Kan Dapaah, also on Wednesday.

This was contained in a full list of all appointees of the president who are expected to take their turns on the Appointments Committee, released by Parliament.

On Thursday, February 11, 2021, Ministers-designate for Defence, and the Education ministries, Dominic Nitiwul, and Dr Yaw Osei Adutuwm, will respectively make their appearances for vetting by Parliament.

The vetting will run through till Tuesday, March 9, 2021, graphic.com.gh reports.

Below is the detailed schedule: 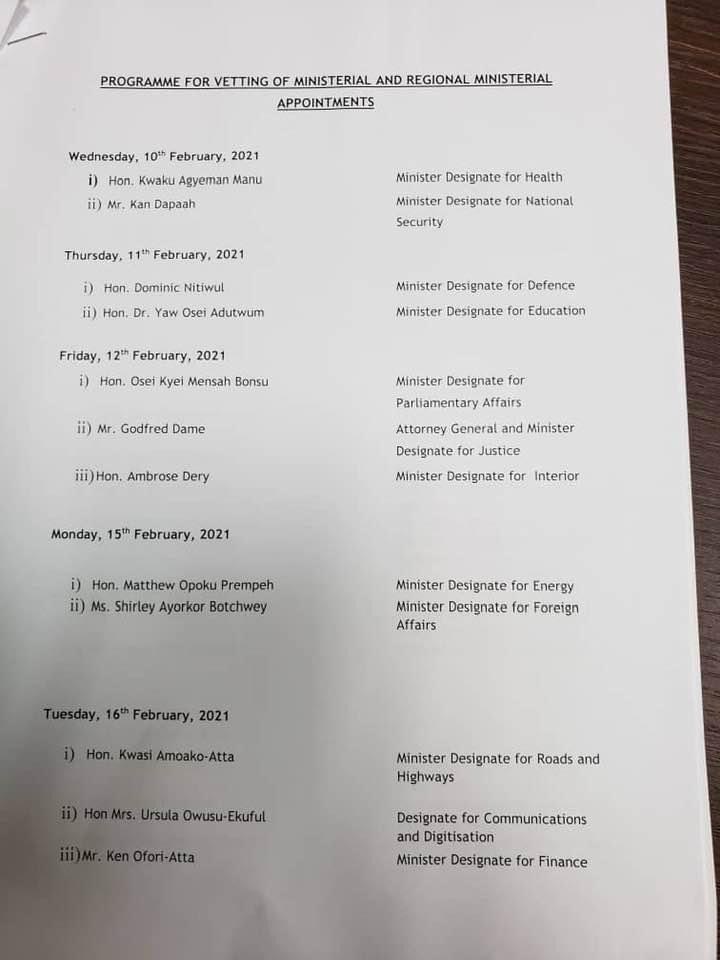 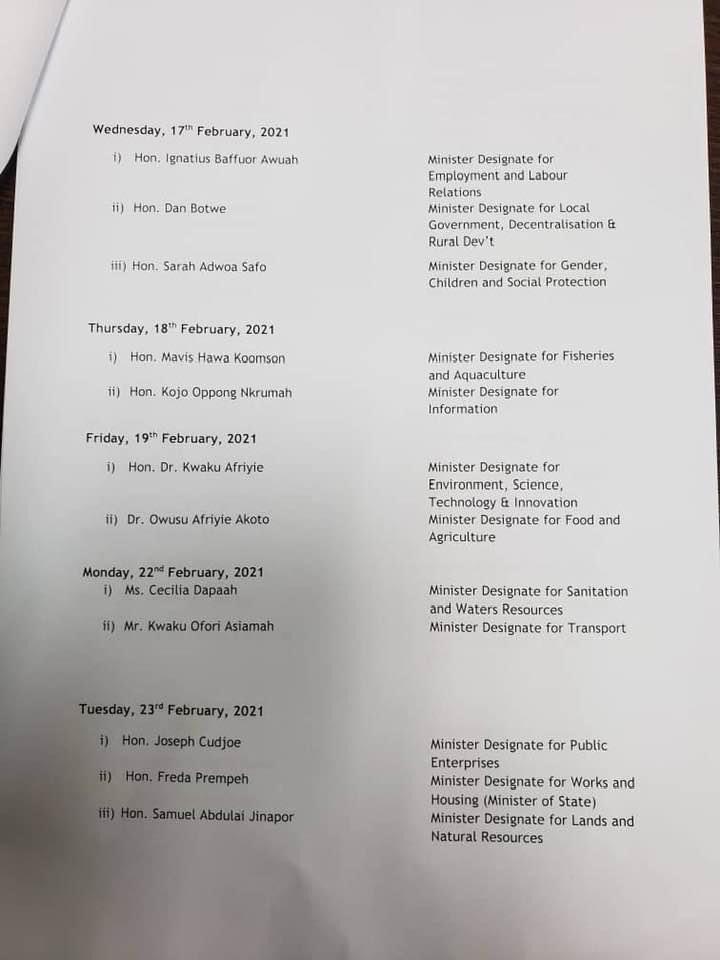 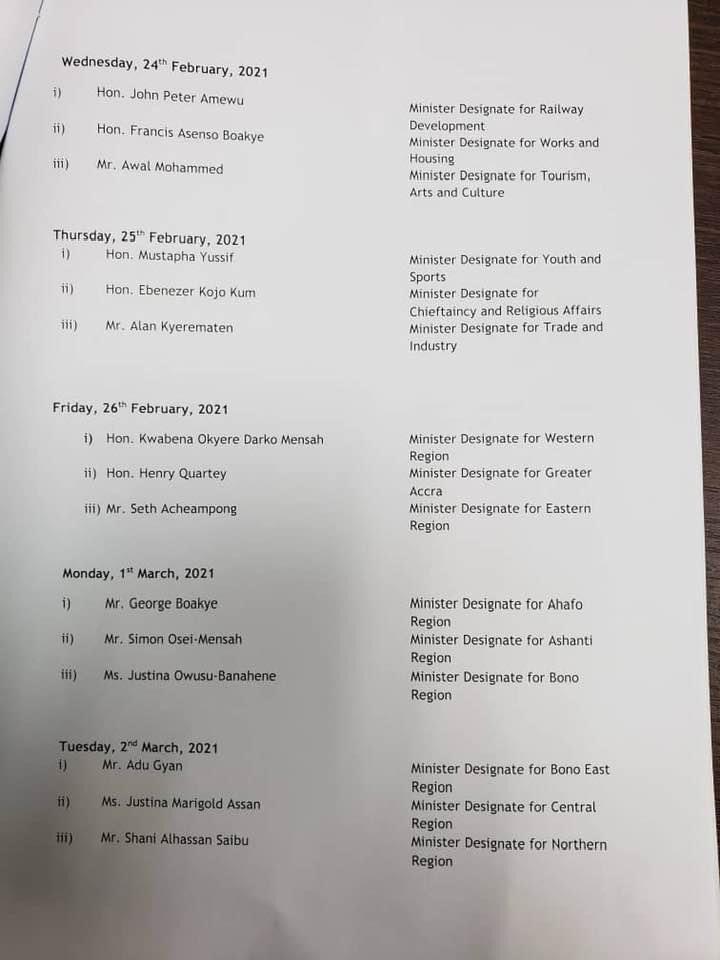 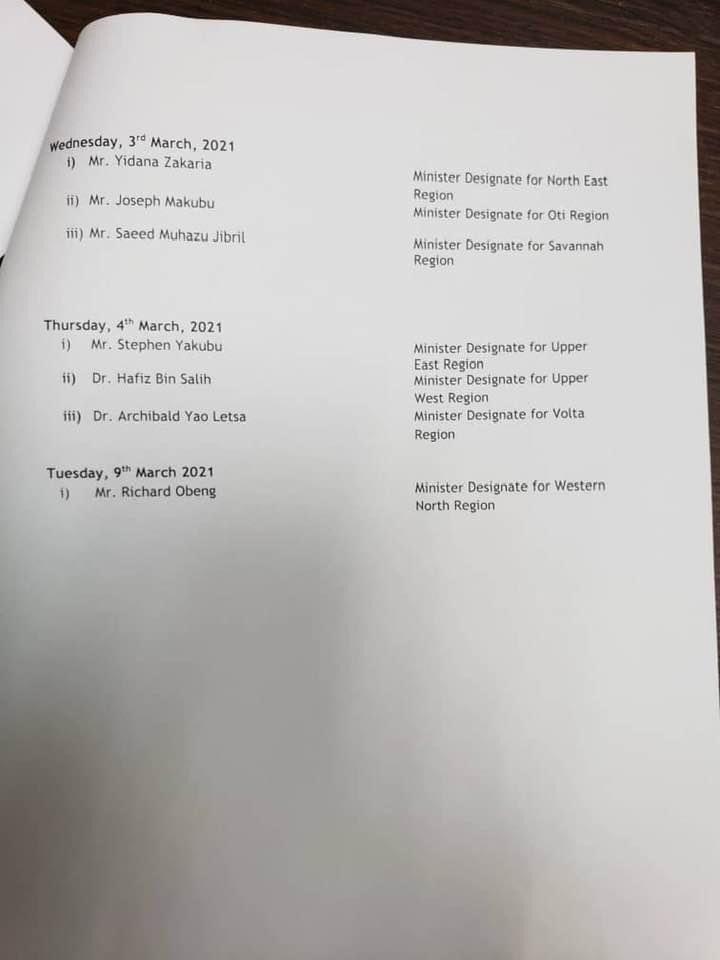